Well prepared – but not knowing what to expect

We’ve been preparing for the Colter Route our entire lives. Sawyer and I grew up climbing, running, or skiing new peaks and traverses every chance we got. The most difficult task regarding this project was the research on exactly where we wanted to go. Sawyer dug and dug away to find the right route and the zones that held the best ski terrain. In addition to that we also needed the right gear. After finalizing the plan we set out unaware of what our outcome would be. Everyday on this project was unknown. We didn’t know what the snow was going to do, we didn’t know what terrain and features we would find, and we had no clue as to how hard we would push our limits. We ran into terrifying avalanche conditions, injuries, too hot of snow, and dozens of other obstacles.

“We’ve been preparing for the Colter project our entire lives, but the outcome and challenges where completely unknown.”

In situations like that, it’s important to remain open and accepting of a route change or backing away from the plan. A perfect day was one where we climbed and skied a single line with the camera’s rolling - which we had very few of. However each day that wasn’t “perfect” became a learning experience which we could build off of.

We don’t want to share the exact names of the peaks and drainages we used to film this project under the principal of preserving these places and because each individual needs to experience their own adventures in their own ways. However we want to give you some recommendations in case you decide to set your own sails and explore this amazing area.

On our final day of the route Sawyer had set out to run 63 miles (100k) on roads from Cooke City to Cody. It was going to be the longest running day he had ever done by nearly 25 miles. Watching Sawyer push himself to absolute empty was something I'd never seen since I met him. Sawyer felt the accomplishment of completing something only one person had done before him. While John Colter’s and Sawyer’s methods differed greatly I am certain the two experienced similar feelings of relief. The most demanding route that I could imagine through the Greater Yellowstone with a perspective only Sawyer could have envisioned. This route inspired us to explore more wild places and to become better athletes and stewards of adventure. Both of us intend to return to the ranges we skied in the future with a greater understanding of the region and with loftier goals.

Don’t try to bite off more than you think you can do in one day. If things go wrong in wilderness areas, the consequences can be catastrophic. Bring plenty of food, water, and a few beers to celebrate hard days. In addition to those very basic advisories, have a good partner. Sawyer and I have trusted each other in the mountains since we were kids and developed our skills one adventure at a time. We weren’t exactly certain where we would ski or how it would be but we did know that if worse came to worst we had each others backs and could fight our way out of the mountains. It’s instrumental to have a ski-lationship in the mountains that are conducive to making the correct decisions.

Be in the best physical shape of your life or have an extremely high tolerance for pain. This isn’t a smooth route and more often than not the best option isn’t a clever one but one that requires you to muscle through the wilderness for hours on end. A prime example of this was on our initial trip for the Colter project just to the South of Cooke City MT. We had woken up at around 5 in the morning to -17 F to go climb and ski the east face of the Thunderer. After a successful morning we returned to camp, packed up our gear, and proceeded on our next 10 mile skin with our packs. We were flipping off of a cornice during a snack break and I (Riis) landed in the backseat and heard a pop in my left knee. What was later discovered to be a torn meniscus, I had to ski on for an additional 6 days. Test your limits before embarking on something of this size.

The most enjoyment was usually found at the end of an extremely long day that had successful footage accompanied by a beer. Skiing wise: we had our most fun when we were skiing new terrain or climbing up a new mountain in search of technical terrain. Cowboys in skiing apparel (or maybe it was the other way around) is what we found in Cody. Cody Wyoming isn’t a skiing destination by any means however the town conveniently sits at the base of the Absaroka Mountains. The road to to Yellowstone from Cody is closed during the winter months but goes just far enough to find good snow and large terrain. We made our biggest mistake by not spending enough time in Cody. With little information on the snow conditions and an exceptionally long drive, Cody seemed the least priority. Once we were there in the winter and returned in the spring for the run it, the magnitude and possibilities became apparent. Aside from that, we left our project open for interpretation so that we couldn’t really make many mistakes, we knew we were going to suffer so with expectations so low there is only one experience to have; a good one. 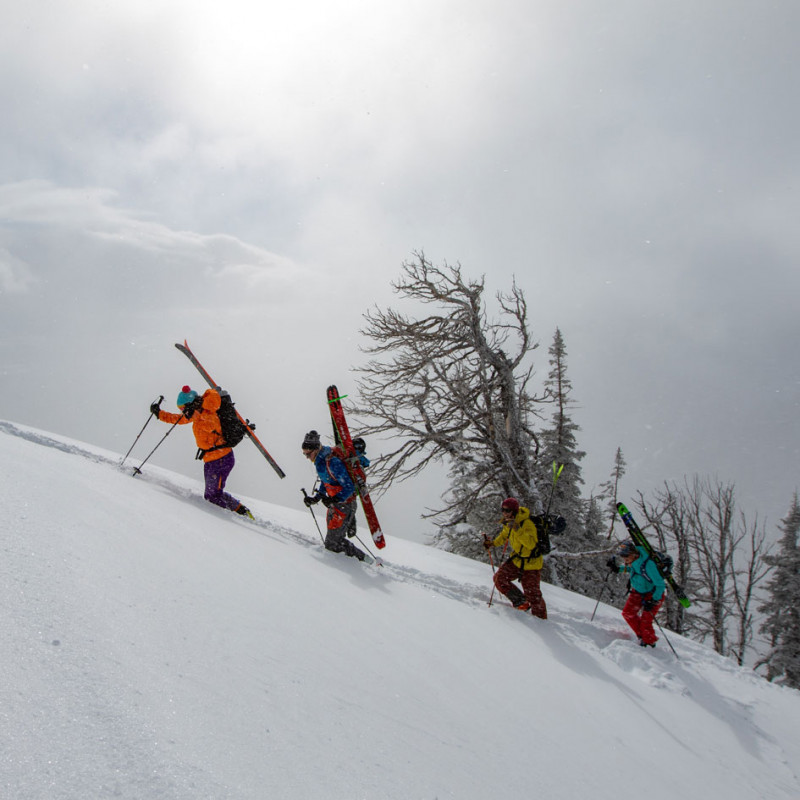 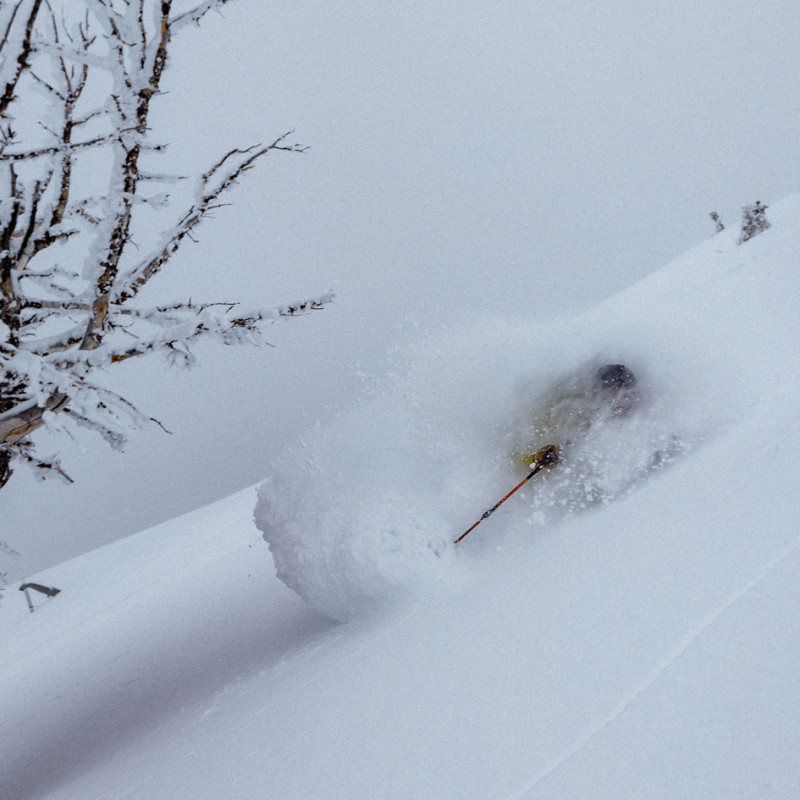 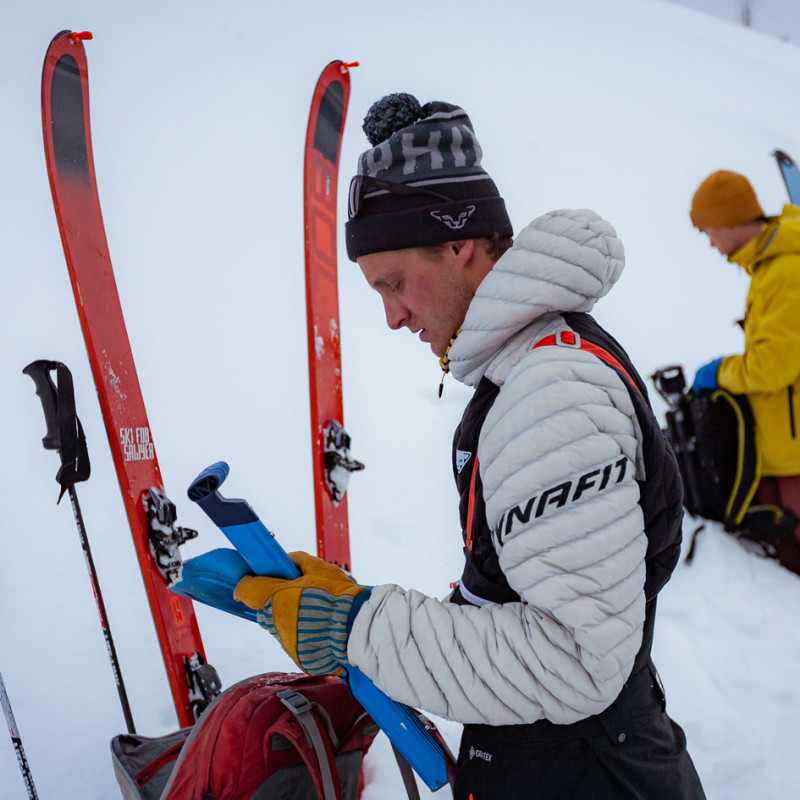 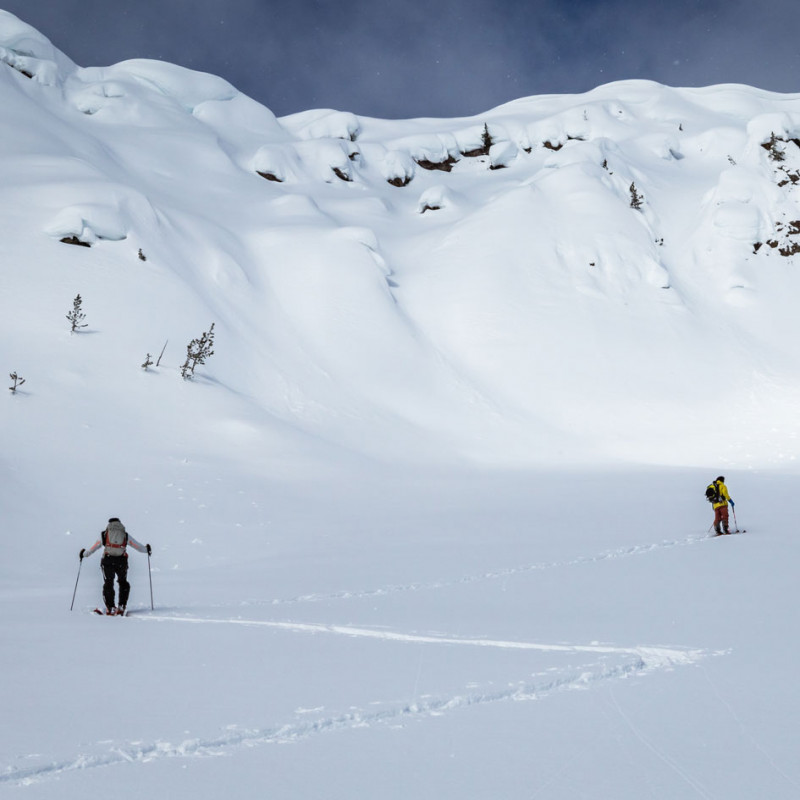 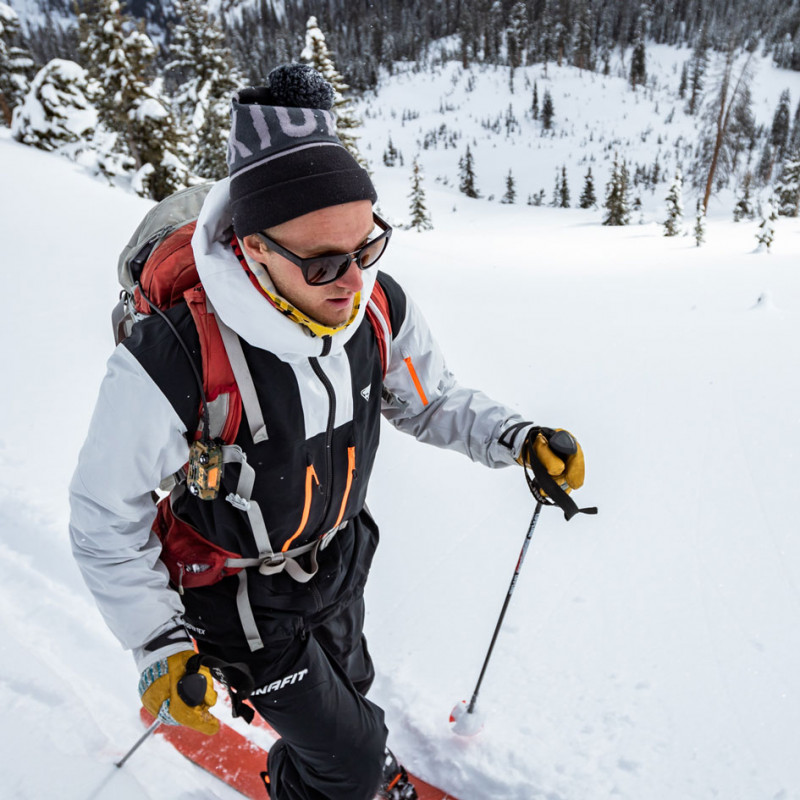 Journey of an ultra runner