Born in the mountains, at home in the snow, technical advancements always top of mind: Our history is characterized by passionate people and innovation that together have allowed us to revolutionize the world of mountain and ski sports.

The origins of DYNAFIT can be traced back to the 1950s. The Austrian Humanic company stars producing ski boots that become known with the name of DYNAFIT. In 1969, DYNAFIT is for the first time registered as its own brand.

Legendary ski racers such as Franz Klammer and Leonhard Stock celebrate sensational achievements wearing DYNAFIT boots. Between 1974-75 and 1982-83, the World Cup downhill is won eight times by racers with DYNAFIT. The crowning glory are two gold medals in the Olympic Winter Games downhills in 1976 and 1980. Dynafit receives a governmental decree permitting its use of the Austrian coat of arms. The best-selling “World Cup Competition” model becomes the first ski boot in the world to be awarded the IAS Gold Seal.

With the “Tourlite,” DYNAFIT launches a totally new concept and an extremely light ski touring boot early in the 1980s. At the same time, brothers Manfred and Fritz Barthel have a brilliant idea: Their goal is to make ski touring easier so they build a new boot with metal pins that fit into the cut-outs at the head end of the binding. With this concept, one didn’t need to lift the complete connecting plate along with the boot with each step anymore. Later, the Barthels flip the principle around: The pins move over to the toe pieces of the binding, and the boot gains cut-outs for mounting these pins – and the Pin Binding is born!! They apply for a patent for the system, but it takes another few years for it to be ready for market. In the 1990s, DYNAFIT launches the “Tourlite Tech,” the first boot-binding combination based on the Barthels’ invention. This revolutionizes ski touring thanks to its unsurpassed lightness and efficiency.

During this time, the company itself experiences turbulent years with changing ownerships as well as a change of name. In 2003, Dynafit becomes a part of the Salewa Group that since 1990 has belonged to the mountain sports-specialized Oberalp Group, based on South Tyrol. This new structure enables DYNAFIT to put its full focus on the development of ground-breaking products for ski touring activities.

Active ski mountaineering athletes significantly influence the development and structure of the DYNAFIT brand. The snow leopard is introduced as the new company logo with the brand relaunch in 2005. It clearly states what DYNAFIT represents in mountain sports: Lightness, efficiency, and speed with its innovative technology. The DYNAFIT team with Benedikt Böhm and Basti Haag leading the charge demonstrate sensational success on expeditions and ascents, relying on a “Speed” style that is up to this point unfamiliar. Instead of time- and cost-inefficient chains of camps and heavy equipment, they focus on minimalist ski mountaineering gear and speed, allowing them to spend as little time as possible in the so-called death zone. They become quite the talk of the segment  with speed records on Mustagh Ata, Gasherbrum II and Manaslu. They establish Speed mountaineering as a new category in mountain sports. DYNAFIT develops extremely light and still totally reliable products for athletes, such as the TLT Vertical binding or the game-changing TLT 5 ski touring boot. Demand for them grows strong and stronger among recreational athletes. Rounding out its hardware, DYNAFIT adds an apparel line to establish itself as a leading full-line brand in ski touring. Full systems instead of single products characterize on-going development.

2012 and beyond: DYNAFIT becomes a year-round outfitter – 100% focus on mountain endurance sports

Summer 2011 marks yet another milestone in the history of DYNAFIT. For the first time ever, the company introduces a trail running collection. With that, it becomes a year-round outfitter for ambitious mountain sport athletes. The summer collection is continuous expanded in the following years. In 2020, a bike line is added. In addition, DYNAFIT creates a sensation with the first TÜV-certified Pin Safety Binding, the Hoji System for ski touring boots, and a Lifetime Guarantee on bindings and boots. As a brand by athletes, for athletes, mountain endurance sports at DYNAFIT are 100% the focus, both in summer and in winter, from head to toe. Waypoints for the future have been set with the mission of equipping mountain sports athletes 365 days a year with the most efficient system. 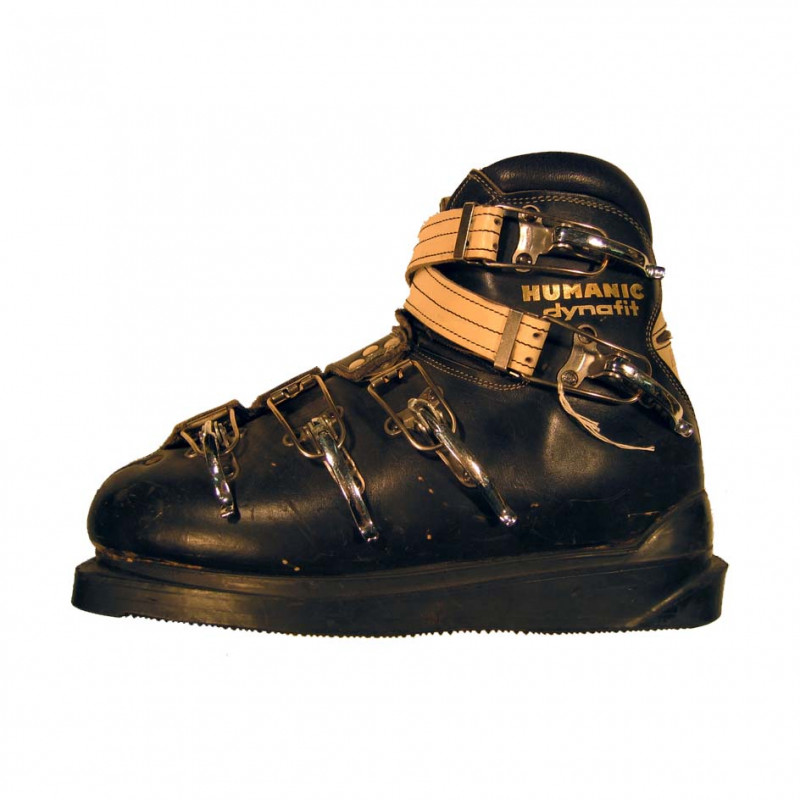 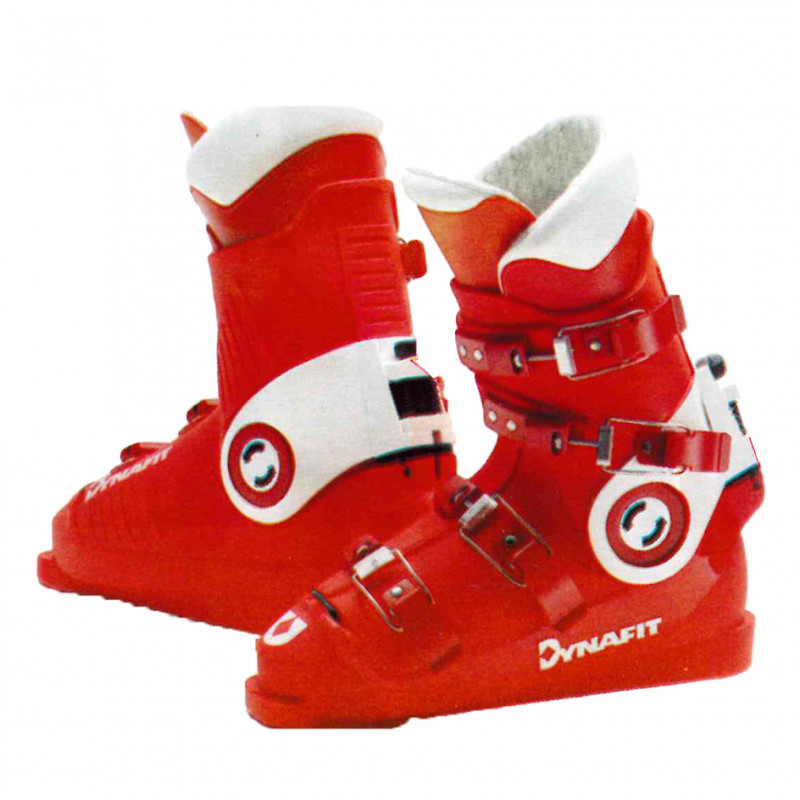 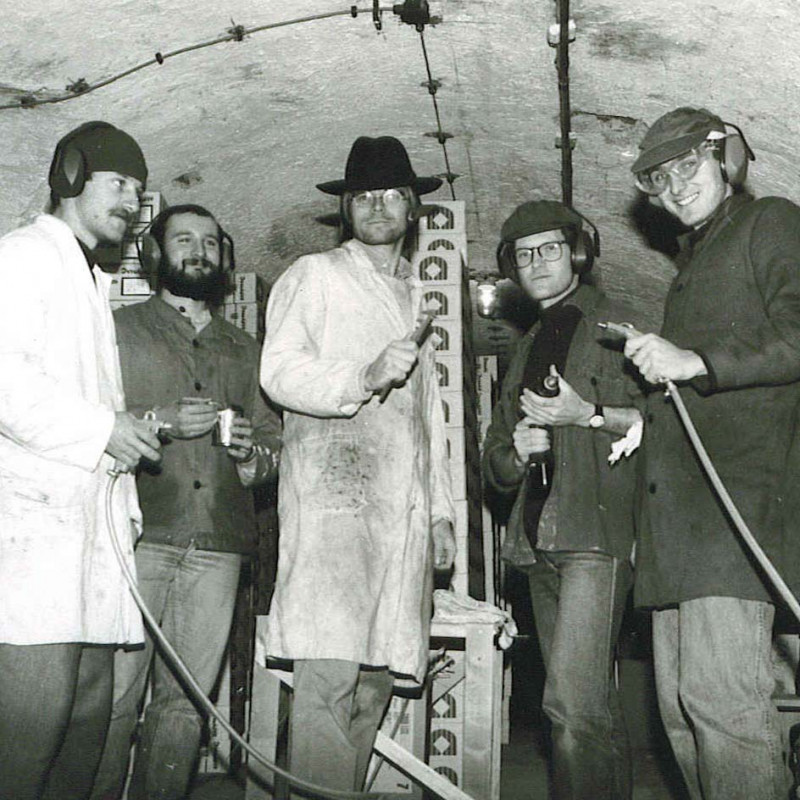 From the first ski boot to a 365 days outfitter 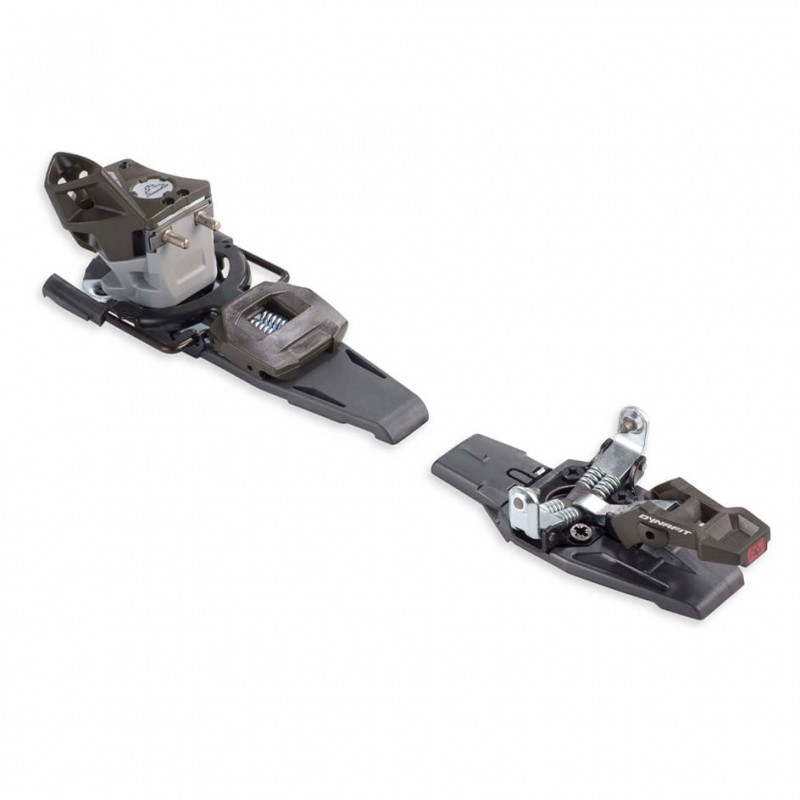 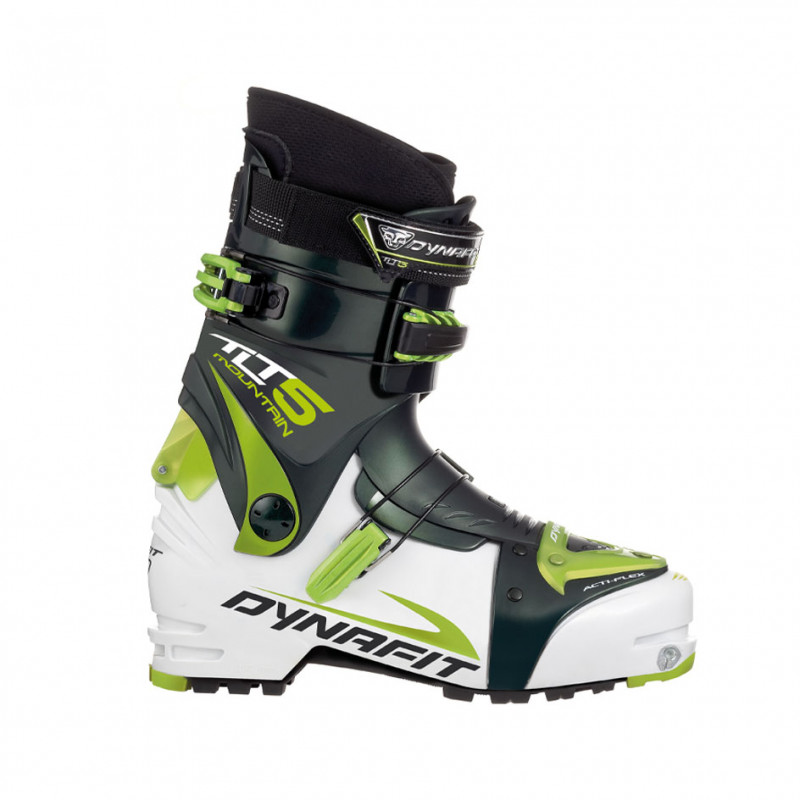 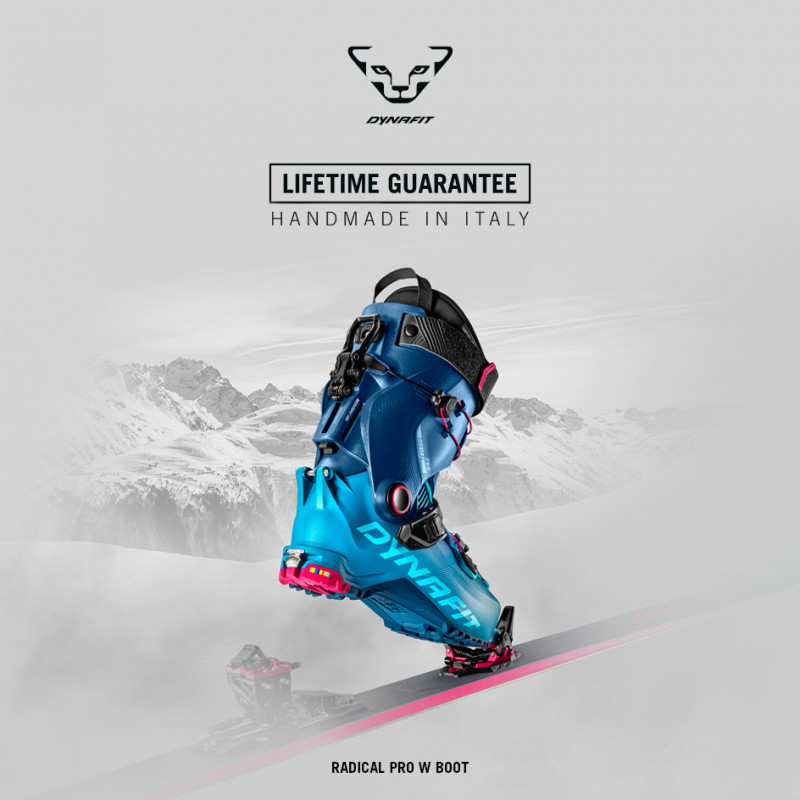 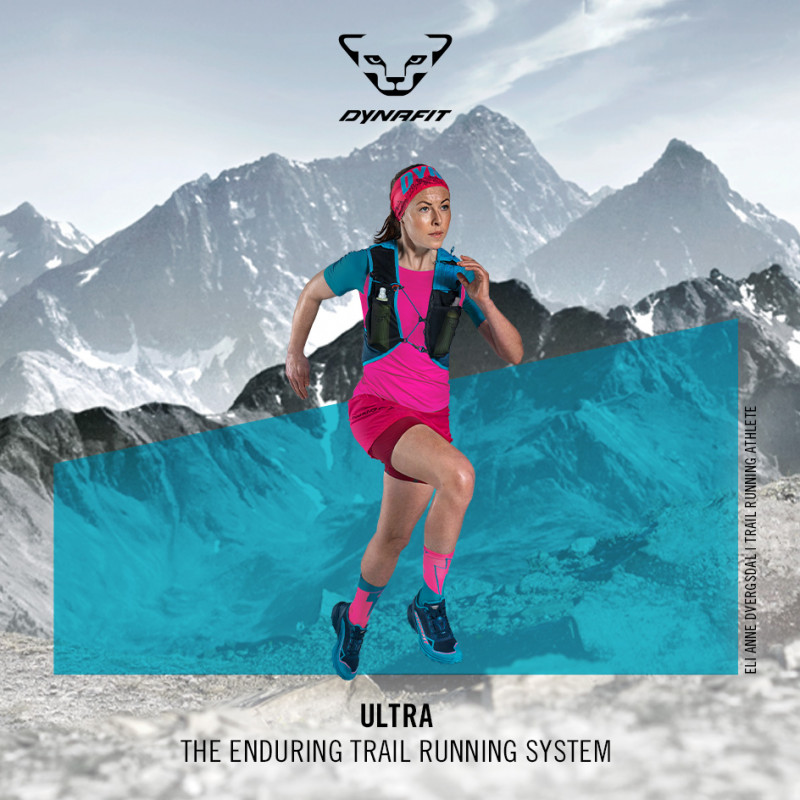 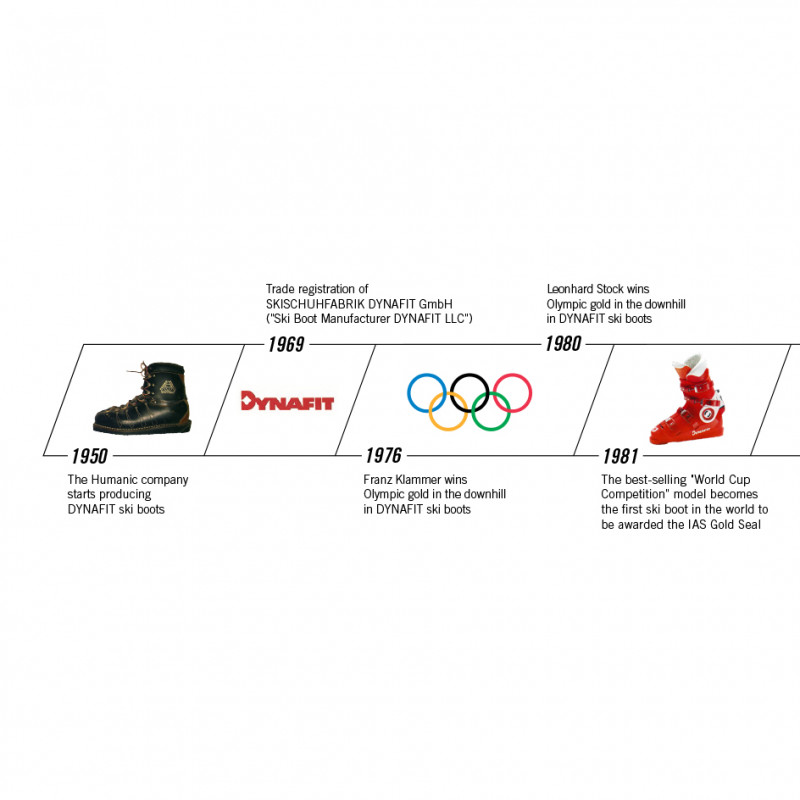 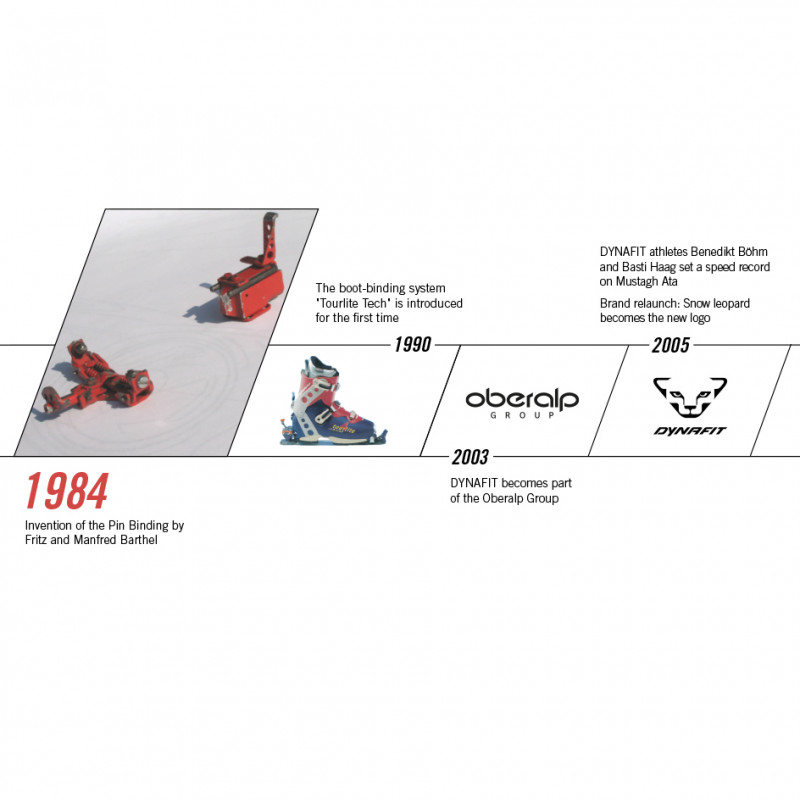 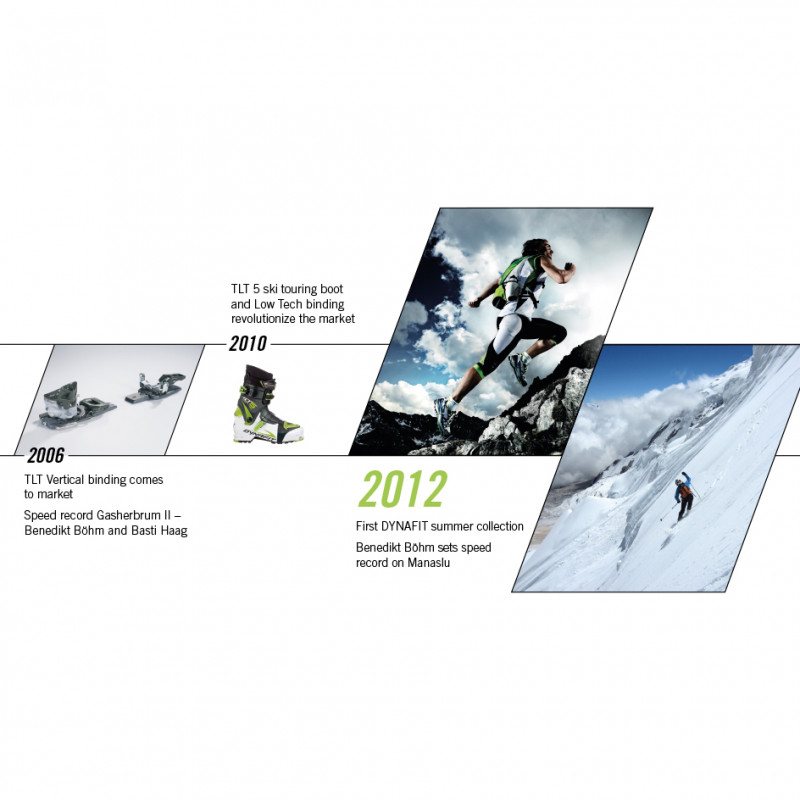 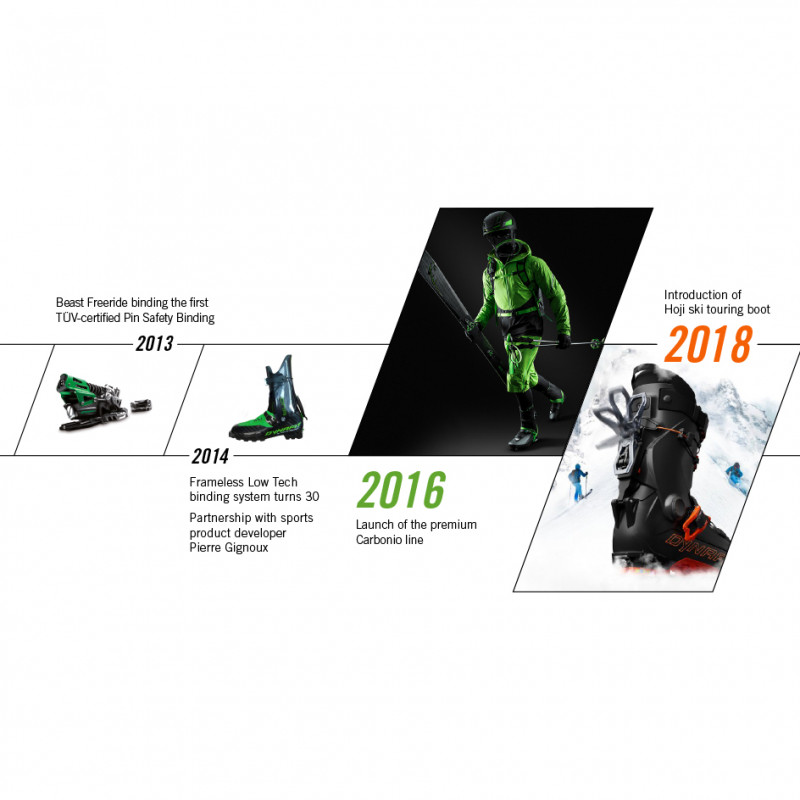 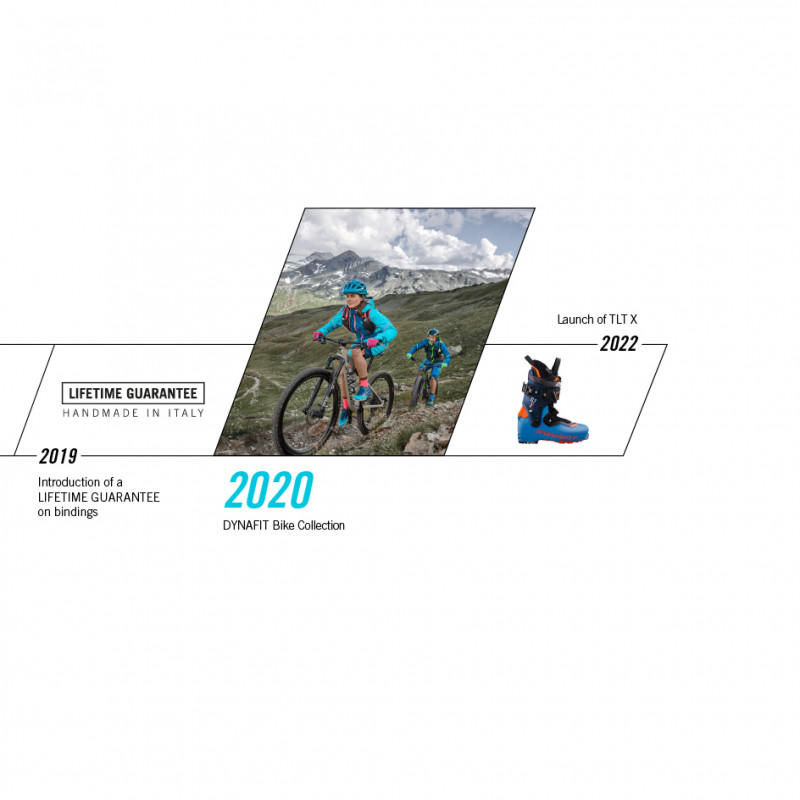