Product description Material Features Awards
The DNA Pintech unisex ski touring boot at just 510 grams is the lightest boot in the world, geared for demanding skimo racers. Ultralight, rigid and efficient: The innovative high-tech boot by Pierre Gignoux is made entirely of premium carbon fiber. It has all you need to support you in the best way in challenging races. The revolutionary Pintech binding system and ski-walk mechanism are firmly established in the racing arena. At the toe of the DNA Pintech boot are spring-loaded pins. To enter the bindings at the front, a racer simply steps down with the boot toe and the system immediately clicks in and also keeps out snow and ice. At the heel of the boot is a plate insert that clicks into the heel unit when stepping in firmly with the foot. With the Pintech system, stepping into the binding is significantly easier, more comfortable and, above all else, faster. The ski-walk mechanism also wins points with its efficiency and speed. The DNA competition boot can be transitioned to downhill mode with one hand, saving you valuable time. On the climb, the boot gives you maximum freedom of movement for a natural, energy-saving, efficient gait. The Race Liner developed in-house promises the best possible balance of stability, warmth and weight. The DYNAFIT DNA PINTECH by Pierre Gignoux, along with the DYNAFIT P49 Binding, was developed exclusively as a system for world-class athletes. This carbon fiber boot was produced in France. DNA Pintech by Pierre Gignoux – In a (racing) class of its own.
Boot sole 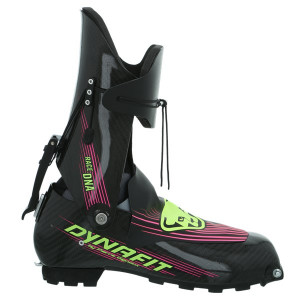 Speed Nose
Higher Ascent Efficiency! The shorter toebox and rotation point at the binding attachment set further back make walking even more efficient. Dynafit revolutionizes once again the connection between boot and binding, the legend continues. 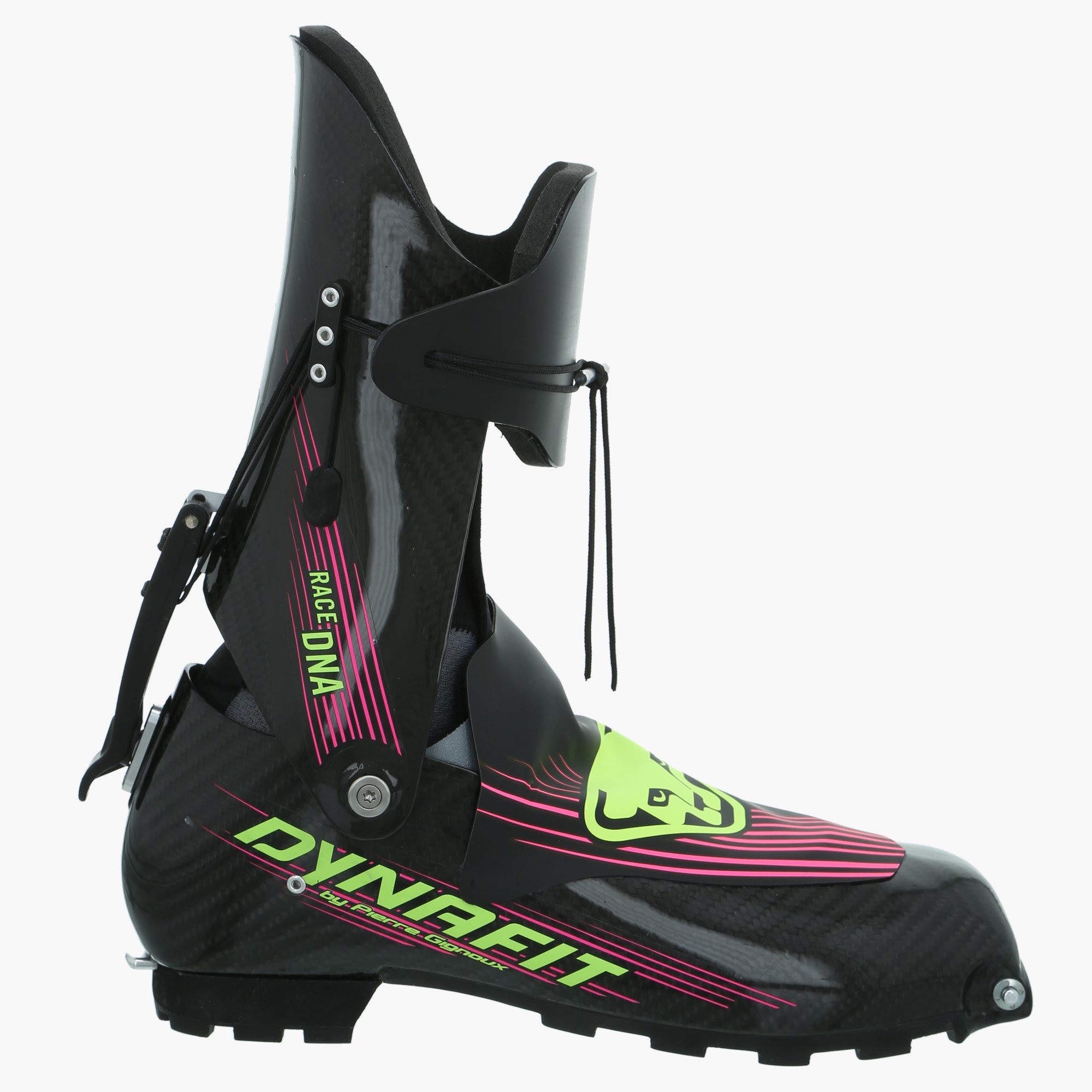 Limited edition: the ascent champion with a carbon cuff and with less than 1kg.

Speed up - kick down: the most innovative ski touring boot combines the strongest level of downhill performance with the most efficient uphill...